Give us a Call

Send us a Message

Give us a Call

Send us a Message

Read all the news about our company

Apex ClinicNewsPhysio“Apex Clinic cured my back and leg pain, meaning I can finally enjoy life again” 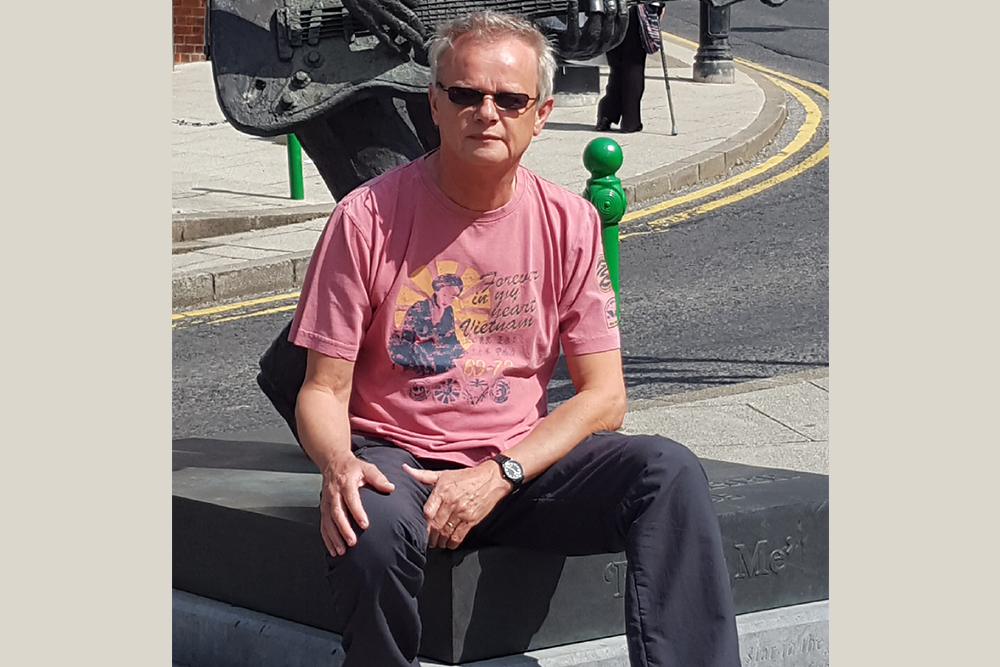 “Apex Clinic cured my back and leg pain, meaning I can finally enjoy life again”

For 62-year-old retiree Bryan Robinson from Ballygowan, life was a struggle. The onset of back and leg pain was having an awful impact on his life. Most normal activities caused severe pain and at times, even standing still caused pain in his left leg. After trying a range of different treatments to get to the source of his pain, he visited Apex Clinic, Belfast desperate to find a cure. Here, Bryan describes how the clinic’s unique regime of specialist manual physiotherapy treatment, called The Nelson Spinal Approachä, cleared his back and leg pain, meaning that he could finally get his life back on track.

Bryan, when did your back and leg pain begin?

I don’t know exactly what caused the problem but in July 2018 I suffered sudden severe back pain. It was so bad that I had to call for an ambulance. I couldn’t walk and had to be stretchered out of the house. I had an MRI scan, which showed a displaced disk but I’ve no idea how it happened. I was put on pain killers and kept in overnight. I was brought back for a CT scan, which showed a cyst at the point of pain. It wasn’t sinister and so, I was discharged again. At that point, the pain began to ease a bit. Another CT scan followed 3 months later, which showed that the cyst had disappeared. However, I was still suffering pain in my leg and back.

Later, when I was away on holidays in July, I went to kick a football and had a severe onset of pain again, which continued throughout my holiday. It was awful.

How did the pain affect your life?

Most normal activities caused severe pain and at times, even standing still resulted in pain in my left leg. I have always been active so it was extremely frustrating. I was living with a constant nagging pain, which just wouldn’t go away. I was referred for physio at the hospital in January 2019 but their ‘one size fits all approach’ did nothing to relieve my pain. I was given a programme of exercises which actually hurt me more. I would walk into physio and hobble out again because the treatment just aggravated the pain. By May 2019, I was told I would never be 100 per cent better, and so I was discharged.

What led you to Apex Clinic?

My wife attended a talk given by one of the physios from Apex Clinic, Belfast. She was very impressed by her knowledge and with nothing to lose, I booked an appointment. At my first appointment, my physio Michelle was confident she could clear my pain. She advised me not to do the NHS exercises and instead focused on manipulating my back at a certain point where my back and leg pain was stemming from. During the first two weeks, I began to notice improvement. I was still getting occasional leg pain but the pain in my back was rare. With just a few more sessions, the pain continued to further lessen to the point where I have now been pain-free for over 2 months.

How has your life changed now?

It is 100% better. Before, even going on a 20-minute walk would cause me pain but now, it doesn’t cost me a thought. Those everyday tasks that come so easily to most of us were a struggle and now they cause me no pain.

What advice would you offer someone suffering from back or leg pain?

Absolutely try Apex Clinic. It’s the only thing that worked for me. Michelle and the team are fantastic and she was a pleasure to work with.